Sunday Lunch at The Oxford Symposium on Food & Cookery. 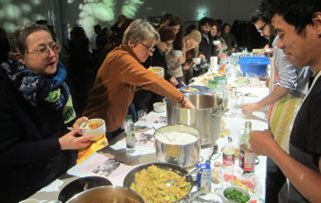 “For Sunday’s Leftover Lunch at the Oxford Symposium,” says performance artist Joseph Patricio, “I transpose the sense of immediacy that takes place in the closing moments of any market-place – whether in Istanbul or Madrid or Oxford – with a ritual that celebrates the many ways in which food unconsumed and saved throughout the weekend of the Symposium can be reborn in the form of delicious dishes to give pleasure to all.

The event reflects the state of emergency which happens a few minutes before the vendors close shop, whether in a Turkish weekly street market in Berlin or a feira in Rio de Janeiro, when unsold goods are given leftover status. Within this small window of opportunity, customers scramble to make last minute bargains. As with the mood of the marketplace before closing time, our meal invites participants to ruminate on the nourishment of times past and give thought to the future of our own accumulated leftovers.”

Joseph Patricio – friends call him Pepe – is a performance artist and social ethnographer born in Manila in 1981 and currently based in Berlin and Madrid.  Since 2012, Pepe has been creating situations designed to investigate the meaning of social interaction in contemporary rituals, delivering performances in Madrid, Berlin, Bilbao, Asturias, Rio de Janeiro and Munich. To produce these rituals, he uses ‘old’ and ‘used’ objects such as food-leftovers, mementos and  already-owned clothing placed in ordinary contexts which lead to extraordinary incidents, serendipitous happenings and the weaving-together of connections. From 2003 to 2010 he worked as a dance-performer and researcher of rituals and oral traditions in the Philippines. Awarded a master’s degree in International Performance Research from the Universities of Warwick and Amsterdam, and in the Performing Arts and Visual Culture from the National Museum of Reina Sofia in Madrid, Pepe loves to cook and to dance. For more information, go to http://nowherekitchen.com/food-left.

And our Friday evening speaker is the great Darina Allen – author, tv presenter, teacher and founding-mother of Ireland’s farmers’ market movement.  She’ll be with us on the evening of 11th July, along with Trustees – and courtesy of – The Jane Grigson Memorial Trust. Born in 1951, Darina has written around a dozen cookbooks and has presented the nineth series of her own tv programme, Simply Delicious. 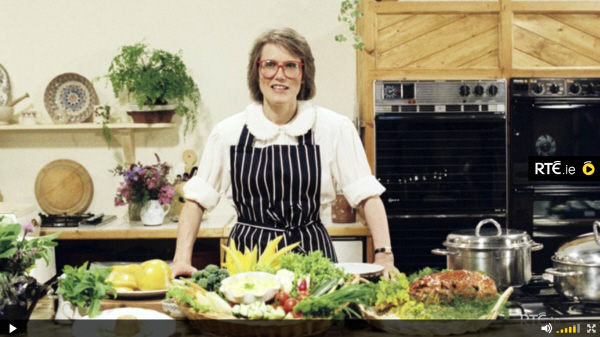 In 1983, she established the Ballymaloe Cookery School in Shanagarry, County Cork, with her brother, Rory O’Connell,  after coming to Ballymaloe to join Myrtle Allen, undisputed grande dame of Irish gastronomy, as her daughter-in-law. A graduate of hotel management in Dublin, she was an early champion of organic, seasonal and local and is Ireland’s representive on Council at the Slow Food Movement in Turin. When not teaching, she practices what she preaches on her own organic farm, and chairs the Midleton Farmer’s Market. She is the moving force behind the network of farmers’ markets in the Cork area and runs a programme for local primary schools to help children learn about food from garden to plate.

Award-winning cookbooks include 30 Years at Ballymaloe (Irish Book Awards 2013); Forgotten Skills (André Simon, 2010); and the best-selling series from Simply Delicious. A passionate and committed teacher, recent awards include Good Food Ireland’s Cookery School of the Year 2012/2013 and IACP Cooking Teacher of the Year in 2005.

As member of the Taste Council of the Irish Food Board, Chair of Ireland’s Artisan Food Forum of Food Safety, Trustee of Irish Organic Centre and Patron of Irish Seedsavers, Darina has plenty of practical experience to share with us on what it takes to bring food to market. In 2013, Darina helped establish the Ballymaloe Literary Festival of Food and Wine, an international gathering of food-writers and chefs designed to share expertise and expand understanding of her favourite subject, bringing together all the strands of her life’s work.

And our Friday chef is the multi-talented Allegra McEvedy MBE.  Columnist, author and chef-proprietor of small-is-beautiful restaurant Blackfoot in Exmouth Market, Allegra has agreed to join Tim Kelsey in the kitchen at St Catz cook for us on Friday 11th July at the Oxford Symposium this year. Apart from the day-job, she writes on cookery in The Guardian and has made a cookery 6-parter for BBC2. 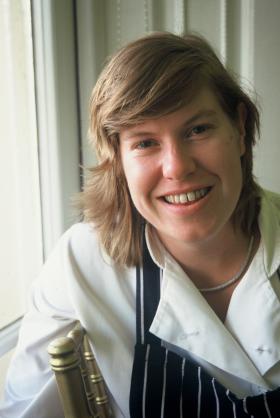 “My dad,” she says in a recent quick-fire interview in The Independent, “Was a consultant psychiatrist by day and historian by night. Our mum had a background in advertising but after having us, turned her hand to lots of things, from running a wine bar to writing radio plays.” Allegra was born in 1970, raised in West London and her academic ambitions were foiled (she wanted to be a barrister) when she was expelled from St Paul’s Girls’ School at the age of 17, shortly after the death of her mother.

After completing her training in classic French cuisine at the Cordon Bleu in 1991, worked at the Groucho Club, River Café and earned  her first head-chefship at Tom Conran’s The Cow in Notting Hill. During a spell in the US, she worked at Rubicon and Jardinière in San Francisco, and ran the kitchen at Robert De Niro’s New York restaurant Tribeca Grill, serving 500 covers a night. In 2003, she launched the healthy fast-food restaurant group, Leon, with Henry Dimbleby and John Vincent, remaining a shareholder but leaving for tv work and writing.

Five books – the score so far – include Leon: Ingredients & Recipes (2008), Economy Gastronomy (2009 – from the tv series co-hosted with Paul Merrett); and the latest, Big Table, Busy Kitchen (Quercus 2013). Her popular weekly column has appeared in The Guardian since 2007, and she hosts a live internet “cook-along” with readers every month.

She was awarded an MBE in the 2008 Birthday Honours for services to the hospitality industry and lives in Shepherd’s Bush with daughter Delilah, though you’ll find her at Blackfoot working long hours most days of the week. If she hadn’t been a chef, she says, she’d have been a London cabby. The only thing she doesn’t do is puddings (if she can help it)…expect a market-menu based on delicious porky stuff, frivolous things with salt-cod and – well – something simple but surprising for afters…