Back
Coming up next 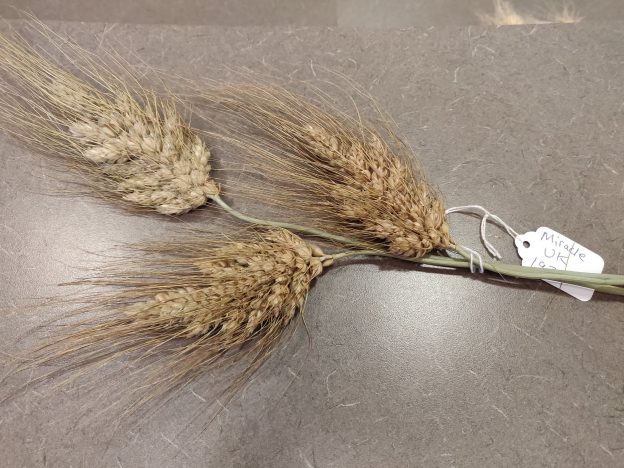 We all depend on grains. They’re the plant-based calories that feed the world.

A dynamic movement in the UK and North America is working to rebuild local and regional grain economies. That means connecting farmers, millers, and bakers. It means working with locally grown grains and retrieving flavour and wisdom that have been neglected in the rush to large scale commodity grain farming.

At the February Kitchen Table we'll discuss the farmer-miller-baker connections that are being built, and the seed-saving and seed breeding efforts that are part of the picture. It’s all part of the pushback against climate change, based on a growing consensus that large mono-cultural agri-business-based food systems do a lot of environmental harm.

Our guests will include baker and grain activist Dawn Woodward of Evelyn’s Crackers in Toronto; Fred Price of Gothelney Farm in Somerset who farms both grain and pigs and has a bakery on the farm; and Kevin Murphy, professor and seed scientist and head of the Sustainable Seed Systems Lab at Washington State University.

Quote from the Grain Project site:

“… we need to remember that we are all more than bakers, miller and farmers. We are activists, architects of a new economy and bringers of change. We need to honor all the work that goes into producing a vital local food. We need to listen to the grain and go beyond achieving the familiar and create our own visions and possibilities. “