Smells Nasty and Nice:
How they guide us in the kitchen and at the table 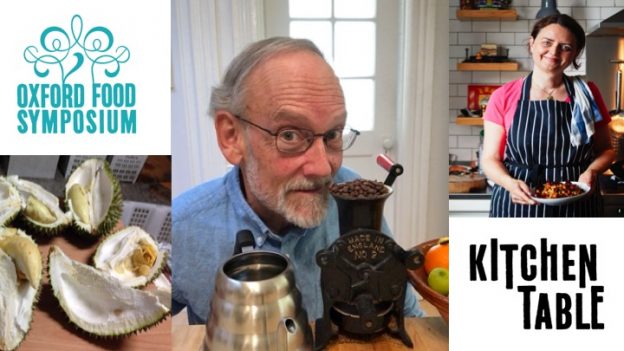 A conversation with Harold McGee and Fuchsia Dunlop that will explore cross-cultural differences in smell preferences, ways of using smell to judge ingredients and doneness, and the many complex smells we love that are composed of odors we avoid.

Here are some questions the conversation might get to: Should we pay more attention to smells? What can the smells in the kitchen tell us? Should we sniff all ingredients before we use them? What about sniffing all food before we eat it? How is it that bad smells can sometimes smell good? Why do people like eating foods that stink? Why do we differ in the smells we love and the smells we hate? Are we imagining it or is it “real” when we relate one smell to another, for example smelling leather in a red wine, or melon in fresh fish?

Harold McGee is an elegantly informative and entertaining writer and speaker. He takes on complex food-related subjects and explains them in such interesting ways that we truly come to understand them. His first book On Food and Cooking came out in 1984, and was immediately recognised as the go-to book for cooks interested in the science and lore of cooking. It was followed by The Curious Cook in 1992, and then by a revised edition in 2004.  For the last ten years or so he’s been working on his new book, Nose Dive: A Field Guide to the World’s Smells, published last fall, another huge contribution to our understanding. In it he takes us on a fascinating tour of the osmocosm, the world of smells. It’s a journey back to the origins of the earth and forward to an exploration and explanation of the smells we love and those we hate, including smells in the kitchen and at the table.

Fuchsia Dunlop, a long-time Symposiast, is a leading expert in Chinese cuisine and culture and a well-known journalist, food writer, and presenter. Her first book Sichuan Cookery (Land of Plenty in the US), published in 2001, was a sensation and established her as an expert in Sichuanese cuisine. She has gone on to write 4 more books, three cookbooks and a travel memoir - and her Instagram feed is stunning. The Sichuan cookbook has recently been translated into Chinese and is selling in China, a fitting acknowledgment of her expertise and reputation.

As a preliminary background (besides Harold McGee‘s new book Nose Dive) we suggest the keynote talk on disgust by Paul Rozin from the 2016 Oxford Symposium (Offal: Rejected and Reclaimed Foods).

Fuchsia Dunlop has written on a dish that challenges many Westerners based on its smell, the aptly named stinky tofu.

For the scientifically-inclined, we suggest two technical articles about disgust and how we communicate it through smell.

Loss of sense of smell can happen after accidents or with aging and has become a very hot topic as a Covid affliction. Food writer Marlena Spieler has a pre-Covid article dealing with this phenomenon.

And here is a current one by Brooke Jarvis on what Covid can tell us about our sense of smell.

Finally, a brief primer on the neurological science of smell and taste, for those who might want a refresher.