Back
Coming up next

Sowthistles, pignuts and chickweed:
is forage the new wild farming? 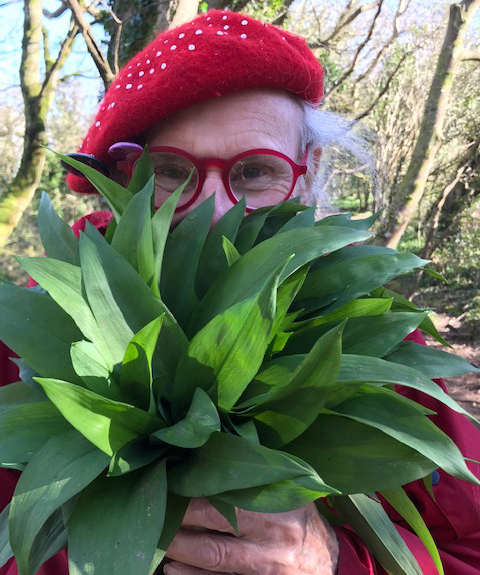 Take a walk on the wild side on Thursday May 27th at 18.00 BST with gathering-guru Roger Phillips, author of all the identification manuals you'll ever need, whose latest The Worldwide Forager is published this month.

Joining him at table will be Pembrokeshire farmer Jessica Seaton, author of Gather, Cook, Feast, who gathers in the woods and valleys of Wales;  on-line teacher and chef Alex Blagdon whose life-long gathering-patch is the shores of Newfoundland ; Elisabeth Luard, whose early career as a botanical artist in the wilds of Andalucia gave her a bee's-eye view of what's edible on the transhumancing road to Ronda; and Ümit Hamlacibasi who's learnt everything she knows from the women of the Turkish island of Bozcada, where wild greens are the traditional catch-crop among the olive-groves and vineyards.

Bring your own gathering-basket and share what you know. Nature's offerings are plentiful, we need to treat them respectfully.

For general info: Wild Food, Proceedings of the OSFC, 2004

All about Roger Phillips and his comprehensive new foraging book

Gilbert White: The Natural History and Antiquities of Selbourne (1789). It took a clergyman in the Age of Enlightenment to point out that humans and the natural world were inextricably linked. Sometimes called ‘the first ecologist’, Reverend Gilbert is a pioneering naturalist who’s also a fine writer.

Adam Maurizio: Histoire de l’Alimentation Végétale (1932): written by a Polish botanist, recommended by Symposiast Rachel Laudan as a wonderful source of information on plants, particularly from the wild, traditionally eaten in Europe.

Euell Gibbons: Stalking the Wild Asparagus (US 1962): a collection of romantic essays on the natural world that became an instant bestseller.  Highly influential in popularising the back-to-nature movement that was already under way, his books are full of practical foraging information gathered at first hand.

Richard Mabey: Food for Free (UK 1970). The original illustrated forager’s guide to edible wild foods triggered a mass exodus of urban gatherers into the hedgerows, highways and by-ways of rural Britain. Credited (and blamed) for new-wave self-sufficiency settlers looking for the good life.