Tending the Garden:
How Microbes Feed Us 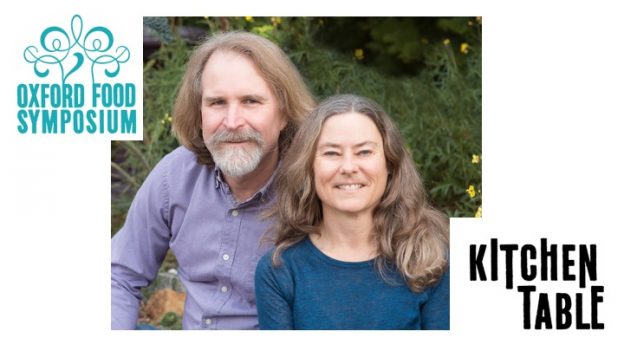 If you think of bacteria as something to be feared and wiped away with spray and cloth, now may be the time to change your mind!

The live biomass of all microbes may be at least as much as all plants and animals on Earth. And we can’t see them.

Co-authors of The Hidden Half of Nature, David R. Montgomery and Anne Biklé will lead our discussion through the myriad tiny byways and interactions of microbes, and explain how fostering good microbial populations is fundamental to both human bodily health and healthy food production.

This is one that your good life depends on.

Anne Biklé is a science writer and public speaker focusing on the connections between people, plants, food, health, and the environment.  A bad case of plant lust draws her to the garden where she coaxes garden plants into rambunctious growth or nurses them back from the edge of death with her regenerative gardening practices.

She co-authored The Hidden Half of Nature: The Microbial Roots of Life and Health with her husband, geologist David Montgomery. From garden to gut, the book combines memoir, science, and history to tell the story of humanity’s tangled relationship with the microbial world through the lens of agriculture and medicine.

Her work has appeared in magazines, newspapers, and radio and her soil-building gardening practices have been featured in independent and documentary films.

David R. Montgomery is a MacArthur Fellow and professor of geomorphology at the University of Washington.  He is an internationally recognized geologist who studies the effects of geological processes on ecological systems and human societies.  His work has been featured in documentary films, network and cable news, and on a wide variety of TV and radio programs, including NOVA, PBS NewsHour, Fox and Friends, and All Things Considered.

David is also the author of several popular books including Dirt: The Erosion of Civilizations and Growing a Revolution: Bringing Our Soil Back to Life.

David and Anne are currently working on a new book project about the connections between soil health and human health.

The background reading and watching for KT6 follows two strands - firstly, the way microbial life in soils contributes to soil, plant and animal health, and also how the microbiome in our digestive system contributes to human health, nutrition and general wellbeing.

This piece is a simple introduction to how David and Anne became intensely interested in what creates life and fertility below ground.

A piece by David in Scientific American of how conventional agriculture has led us down the wrong path.

We know that junk food is bad for us, but did we realise it is also bad for plants?

For those who really want to dig into the subject of soil health and soil life, here is a link to the papers of Dr Elaine Ingham, founder of Soil Food Web Inc.

We know what we fancy for dinner, but is it what your gut wants and needs? Read on for what food makes your gut happy.

A more in depth film on the microbiome with good Q & A from Erica Sonnenburg Phd – Senior Research Scientist at Stanford University.

And a short piece on the same subject by Erica.

Finally, an interesting piece on how what we eat can affect our mental health.