We need to talk about. . .
Protected Designations of Origin and similar trade regulations:
Legally “authentic” or terroir-ism run amok? 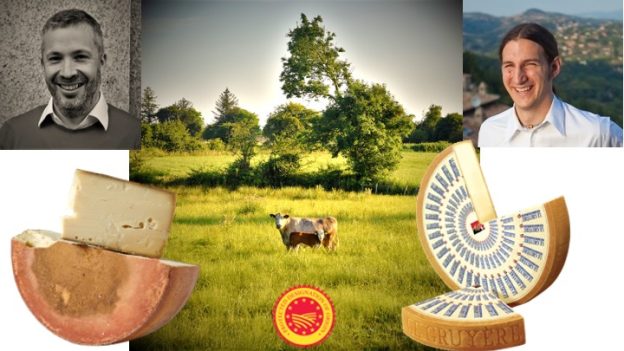 A recent court decision in the United States held that French and Swiss makers of Gruyère cheese could not trademark the name “gruyère” as exclusive to their alpine-made cheeses because the term had become too “generic”  (i.e., lacking in specific meaning) in the United States. The ruling opened the door to American cheesemakers to legally call their product “gruyère” and has sparked passionate debate about trade regulations, the purpose and legitimacy of the Protected Designation of Origin system, and the question of terroir as it relates to specific foodstuffs and their geographical origin or method of production. While the inspiration for this Kitchen Table came from the American litigation, we shall also look at the legislative and trading landscape within and between the European Union and the post Brexit United Kingdom.

Join Shane Holland and Zachary Nowak to discuss this hot-button issue, in a conversation led by David Matchett.

Zachary Nowak received his PhD in American Studies from Harvard University. He had a postdoctoral teaching and research position from 2018 to 2020 in the Harvard University Department, where he currently works as a lecturer. Nowak is a scholar of the natural and built environments with an emphasis on the nineteenth-century United States. He looks for stories in history’s vacant lots, railyards, and cracks in the sidewalk. Nowak also has done and continues to do research on global food history. He’s an accomplished instructor prepared to teach global history, U.S. history surveys, historical methods courses, and courses in the environmental humanities and food studies. Nowak helped start The Umbra Institute’s Center for Food & Sustainability Studies (CFSS) in Perugia, Italy.

Shane Holland is the Executive Chairman of Slow Food in the UK, the organisation which seeks Good, Clean and Fair food for all. A significant part of his work is leading on the Ark of Taste program which seeks to capture and preserve the culinary and cultural heritage of some of our most endangered foods. A  food writer – specialist subject, cheese – he also frequently sits on expert panels; appears both in print and on TV & radio; lectures at numerous universities; has given a TED Talk as one of their “Architects of Tomorrow”; and carries out dozens of speaking engagements a year both within the UK and internationally.

And here is a paper by Joan Alcock from the 2009 OFS on Food and Language, on the subject of PDO and other protection labels (scroll to page 23)