Esteemed Hon. Sec. and Trustee Fuchsia Dunlop has just triumphed at the James Beard Awards with no less than two best-in-show: International Cookbook of the Year for Every Grain of Rice, and the Personal Essay Award for Dick Soup – the art and lore of cooking penises (deer – what did you expect?). 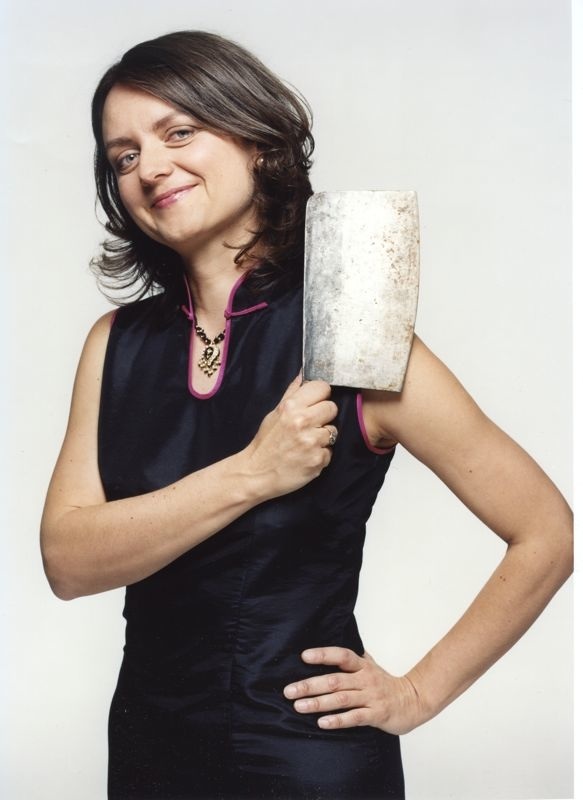 She grew up in Oxford, read English Literature at Cambridge, then headed off to train as a chef at cooking school in Sichuan Province. Thereafter for some twenty years, she’s been exploring, cooking and writing about Chinese cuisine and has published four highly-acclaimed books: Sichuan Cookery (published in the US as Land of Plenty),  Revolutionary Chinese Cookbook: Recipes from Hunan Province, Shark’s Fin and Sichuan Pepper: A Sweet-Sour Memoir of Eating in China; and, the latest and probably most accessible to the home cook – Every Grain of Rice: Simple Chinese Home Cooking. She first attended the Oxford Food Symposium in 1997, has been a Trustee since 2009, and should you be lucky enough you find yourself seated next to her at one of our meals – catch her if you can – she’ll probably have just returned from new culinary explorations in some far flung corner of the Peoples’ Republic. You’ll find her work as a journalist in (among others) The Financial Times, New Yorker, Observer Food Monthly, Lucky Peach and Saveur. She has won awards from absolutely everyone worth winning awards from, including the government of Hunan Province.  And – be warned – she wields a mean meat-cleaver.