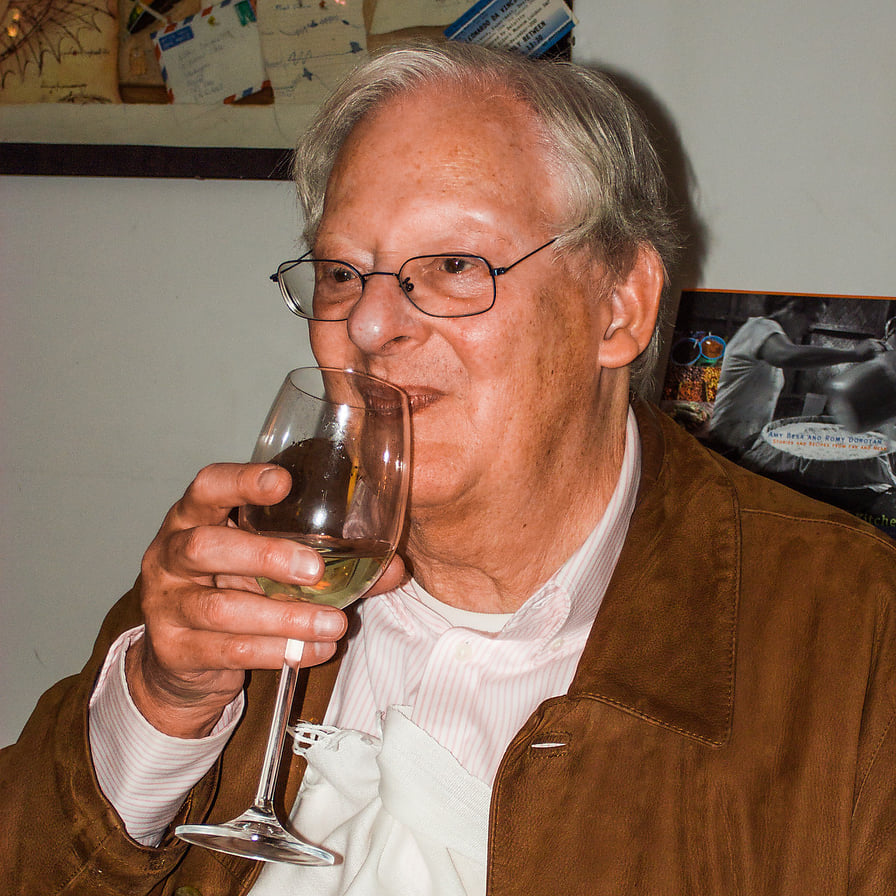 From our former Chair, Carolin C. Young, with Patsy Iddison and Helen Saberi

It is with great sadness that we inform the community of the Oxford Symposium on Food and Cookery that one of our treasured symposiasts, Richard Hosking, b. 31 March 1933, passed away in London on 19 October 2019. Richard was one of the symposium’s founding Trustees, who devoted countless hours and energy to assist its transition into a Charitable Trust. Because he lived around the corner from co-founder Alan Davidson and his wife Jane Davidson after retiring to London in 1998, looking in regularly on them in their later years, he provided an important glue that allowed the organisation to remain true to its roots even as it grew in new directions.

Richard may be most remembered by long-time Symposiasts as editor of the Proceedings from 2003—2006, and 2009. Every year he worried that he wouldn’t receive enough submissions; every year, he was overwhelmed when proposals poured in just at the deadline. He nevertheless worked carefully with each and every author to help polish their essays for publication.

As a well-recognised scholar of Japanese food, Richard’s own work-in-print includes A Dictionary of Japanese Food; ingredients and culture (1996) and At the Japanese Table (2000). Japan’s Ministry of Agriculture, Forestry, and Fisheries (MAFF) honoured him with the Minister’s Award for Overseas Promotion of Japanese Food, singling out the dictionary for special praise – a work that also appears in a Spanish translation – as the first and only such guide to Japanese cuisine published in a foreign language. This book also received a special award from the Premio Langhe Ceretto in 1997, the Andre Simon Memorial Prize in 1998, and was shortlisted for the Glenfiddich Award in 1997.

Born in Australia, Richard was educated at the University of Cambridge, where he studied Hebrew and Sanskrit. He worked for the British Museum, and then for twenty years taught English and sociology at Hiroshima Shudo University. After his return to London, he frequently hosted former students – sometimes also their family and friends – and offered hospitality to many attendees of the Oxford Symposium coming from abroad along with the use of his flat for meetings. In his later years, he became an expert amateur chocolatier, generously distributing his delectable creations to a wide circle of friends.

He will be missed by all who knew him or read his work.