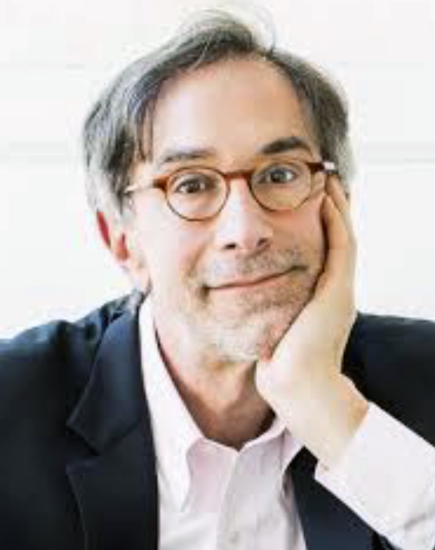 Expect wit, erudition and the view from the sharp end when Corby Kummer, our distinguished invited Speaker, addresses us all at the opening event of this year’s Symposium weekend at St. Catz.

As Senior Editor at The Atlantic, Corby Kummer is well known to readers not only through his writing on matters food-related in the magazine, but for contributions to everywhere that matters (Vanity Fair, WSJ, WGBH Boston et al).

His recent appointment as Executive Director of the Food and Society policy program at the Aspen Institute is a new field of influence – not least because the Institute’s stated aim is “gathering diverse, nonpartisan thought leaders, creatives, scholars and members of the public to address some of the world’s most complex problems [in order] to have an impact beyond the conference room [and] provoke, further and improve actions taken in the real world”.  Nuff said.

And since his portfolio of responsibilities includes Senior Lecturer at the Tufts Friedman School of Nutrition Science, who better than the author of The Pleasures of Slow Food, to give us his views on fast food?

Here’s what The Atlantic says about their senior editor:

Corby Kummer’s work in The Atlantic has established him as one of the most widely read, authoritative, and creative food writers in the United States. The San Francisco Examiner pronounced him “a dean among food writers in America.” Julia Child once said, “I think he’s a very good food writer. He really does his homework. As a reporter and a writer he takes his work very seriously.” Kummer’s 1990 Atlantic series about coffee was heralded by foodies and the general public alike. The response to his recommendations about coffees and coffee-makers was typical–suppliers scrambled to meet the demand. As Giorgio Deluca, co-founder of New York’s epicurean grocery Dean & Deluca, says: “I can tell when Corby’s pieces hit; the phone doesn’t stop ringing.” His book, The Joy of Coffee, based on his Atlantic series, was heralded by The New York Times as “the most definitive and engagingly written book on the subject to date.” In nominating his work for a National Magazine Award (for which he became a finalist), the editors wrote: “Kummer treats food as if its preparation were something of a life sport: an activity to be pursued regularly and healthfully by knowledgeable people who demand quality.” Kummer’s book The Pleasures of Slow Food celebrates local artisans who raise and prepare the foods of their regions with the love and expertise that come only with generations of practice. Kummer was restaurant critic of New York Magazine in 1995 and 1996 and since 1997 has served as restaurant critic for Boston Magazine. He is also a frequent food commentator on television and radio. He was educated at Yale, immediately after which he came to The Atlantic. He is the recipient of five James Beard Journalism Awards, including the MFK Fisher Distinguished Writing Award.

In addition, it’s worth pointing out that the author of The Joy of Coffee is as at home in the cafes of Istanbul, Aix-en-Provence and Vienna as he shortly will be among the dreaming spires of Oxford (where, incidentally, the first English coffee shop was opened in 1652). Further and better particulars on our Speaker’s thoughts, writings and opinions are to be found all over the world wide web – where else?