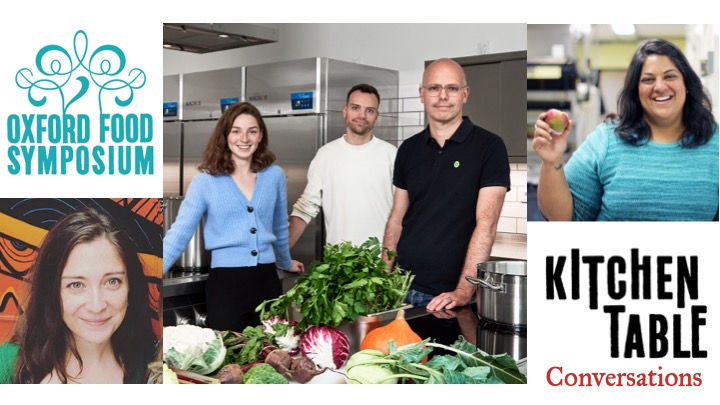 Time to Change the Plate: The Challenge of Communal Catering – a digest of the chatline

Hospital Catering
In the UK, many hospitals no longer have any kitchens: meals are made in factories and shipped out in plastic trays. In London hospitals, families can bring in food for their relatives, and patients can actually buy from commercial outlets in the hospital such as Pret a manger. In Ontario hospitals, even just having food made on-site would be a huge improvement.

In most traditions, there is an idea of what food is good for invalids, so the food that patients’ families bring in (as well as just the fact that a family member is there at mealtimes) is better for patients than standard hospital food with no help to eat it for those who are elderly or can’t manage for themselves. What about people who don’t have visitors?

Good nutritious food is part of the healing process.  In Japan, food is seen as part of patient recovery.

School Meals
The Danish Diet and Nutrition Association are planning a new “lunch-box” program funded by the taxpayer, following the model established. in Sweden.

The Swedes are far ahead of the Danes when it comes to providing schoolchildren with a varied, nutritious lunch. Danish parents traditionally provide a packed lunch (mad pakke), which is not always a nutritious meal.

Size matters. In England, when schools and hospitals were smaller, the food was better!  Centralised institutional catering make it difficult to ‘humanise’ food.

What do we mean by ‘Good Food’?
Good basic raw ingredients are key to nutritious, wholesome food well-cooked from scratch. But ‘good’ food can mean simply food that people are happy to eat – a rare thing in many hospitals.

Ultimately, it’s about the cook: organic food in the hands of a good cook tastes good, but the reverse is also true.

Street-food can also be good and nutritious: well and carefully made doner kebab is also good food.  How about really good wurst and really good curry sauce (with a salad on the side, just in case)?

Respect and Good Will
As advisers, we don’t have authority – it’s always good will.  It  helps that I’m a chef, but I try to fit in with other people and do the work. Good will is the necessary oil that keeps the wheels turning.

In Copenhagen, institutional caterers mounted a huge campaign to explain what they do. They asked their cooks to talk about their work, and large portraits of the chefs appeared all over the city, giving our previously anonymous kitchen-workers a sense of identity and (more importantly) pride.

People who are cooking need to feel appreciated, as does everyone else who participates in the food chain, from farmers onwards.

The majority of the cooks in Denmark feel very lost in the Noma fever that’s gripped us. They’re not hired by the restaurants who look for expat labour, which is cheap and available in very large numbers.

Looking Ahead: The Case for Change
Institutions are built to do one thing, one way.  Change re-energises an entire chain of people.

Consumer protection as the reason for improving institutional food could prove to be a strong lever in hospitals and schools everywhere. However, we’re also hearing that national attitudes and circumstances are very different – no one size fits all.

Lack of connection between hospital catering and dietetics departments has to change.  They would rather buy crates of liquid ‘build-up potions’ to ensure that most patients leave as soon as possible. Things change when the focus shifts to finance and profit.

Farmers delivering their food direct to hospitals is a new thing. [As a result] there’s a need to enable people to know what to do with real food, and allow them enough time to prepare it.