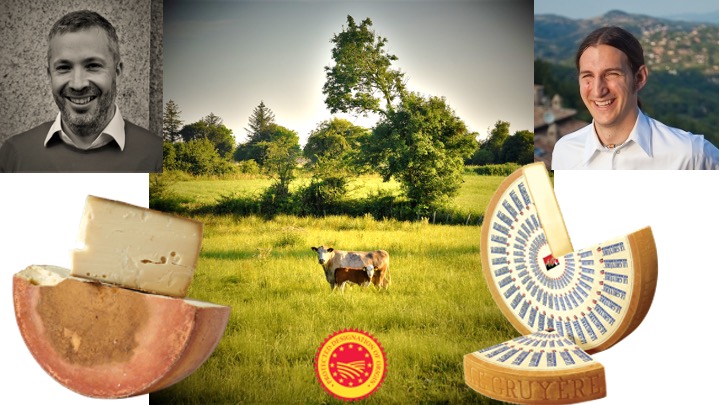 We need to talk about… Protected Designations and similar trade regulations: legally authentic or Terroir’ism run amok? A digest from the chatline

At our March gathering round the Kitchen Table, Trustee David Matchett hosted Shane Holland (Executive Chairman of Slow Food in the UK) and Zachary Nowak (US-based lecturer in environmental humanities and food studies) to discuss the function of Protected Designations of Origin and the meaning of terroir.  While we don’t record these informal discussions (what’s said at the table stays as the table), here’s a digest of the chatline.

Terroir is about our understanding of where something comes from, how it’s made and what systems we support with the products we consume.  Talking about terroir is to talk about activating our senses, smell, taste and how products look and how they change over time.  If location is highly specific, a new generation can inherit the land and change growing and production processes, yet maintain their monopoly.

In India, there’s no concept of terroir as it relates to soil. Water is to India what soil is to Europe.   Over half of Indian farms are rain-fed, so water is everything. “Terroir” has been appropriated because in India there’s no term for it.  Maybe some of the scepticism about terroir has to do with cultural bias.

Can the microbial element be considered to be unique to a certain “terroir“?  If terroir can be considered as four kingdoms as related to place – plants, animals, fungi, bacteria – then the microbiome, often overlooked, is critical to the taste of place.

Are differences in DOP products to do with terroir, or some other variable? If you took a stirring-spoon [used, say, in Switzerland] and made cheese with it in Oxford, all other variables being equal, would the cheese still be different?

“Every batch is different” is an important note here. It’s true with cheese as it is with wines from vintage to vintage. The flour for bread changes throughout the year.  A taste will vary, and that’s also part of the essence of that food.

We can have variation, tradition, small scale production, living products and affordability, etc. without the concept of terroir.  With specific locations, a new generation can inherit the land, change growing and production processes, yet maintain their monopoly.

There’s a hierarchy: the signature of terroir is most prominent in fermier, then artisanal, then (sometimes) cooperative, and least prominent in industrial.

Immigrants to the US from countries like The Netherlands or Switzerland often make products (Marieke Gouda comes to mind) that reflect knowledge and traditions that can be applied in their new home country.

American cheesemakers use European-sounding names [as a selling-point].  European names were also used by American winemakers before their wines were respected. Several US wineries use ‘grandfathering’ to name champagne [a provision in which an old rule continues to apply to some existing situations, while a new rule will apply to all future cases].

If geology + culture + process and skill makes the cheese what it is, training and experience helps to identify difference.  Perhaps this can be tasted but not defined: so why not define terms through taste rather than place? Taste terminology is evanescent and geographical designations are precise.

Flavour is the hardest of our senses to discuss and describe: we often resort to metaphor and analogy.   [However], being able to define [a flavour] is not the same as knowing what tastes better or which we prefer.

What’s in a name?

Are labels and other clues elitist? Is it all about class?  In an Indian context, elitism and connoisseurship are complicated. It’s the people who have recently migrated from rural areas – usually poor – who have the keenest sense of what certain traditional foods such as rice varieties should taste like. Cultural and human dimensions are key to understanding excellence.

There a profound difference between expertise & elitism.  Serious tomato growers know how their tomatoes should taste, and may prefer particular ones without regard to expense. Pata negra ham is appreciated by even the poorest in Spain, where people are prepared to pay a high price for very little of the best if occasion warrants.

There’s certainly a class element in the choices we make.  An Anatolian herdsman knows if a cheese tastes good. But the cheesemonger needs ritual and magic to convince a buyer that it’s worth the price.  So it may be not so much about cost as accessibility.  Losing the taste is what’s happened in the US with “balsamic” vinegar – a product that has little to do with traditional balsamico.

In the US, Tillamook, a huge producer, is a farmers’ cooperative. Cooperatives are extremely important in preserving farmlands: otherwise growers would not be able to sustain pasture or vineyards.

Industrial farming and sustainability don’t belong  in the same sentence! Once production becomes big business, it’s rarely about protecting small producers, it’s about monopoly when what matters is biodiversity.  But if there’s only industrial left, everything else is gone.

Consumers are shifting towards local, which might make terroir less important, while local becomes more expensive. Scepticism is essential.  Who gets to eat what is driven by government policy, and there are a lot of lobbyists spending a lot of money to keep the status quo.

The argument here seems to be between small-scale terroir-based producers versus industrial production while, actually, it’s about belief in the magic of place versus the idea that if we understand all the variables, we can make the perfect copy.  Often small-batch producers are not at the top of the sales-pyramid, though they’re the most sensitive to the subtleties of flavor.

This sounds like a discussion of faith – it’s between believers, non-believers, agnostics. So much is about economic power – production, marketing, consumers – because it’s all potentially about monopoly, not just regulation. For instance, demand now outstrips supply for a particular Anatolian cheese matured in goatskins.  People used what they had. But now, for the cheese to be the “real” thing, it has to be cave-aged in goat-skins at a time when goats and available caves are in short supply, which is the effect of a DOP.