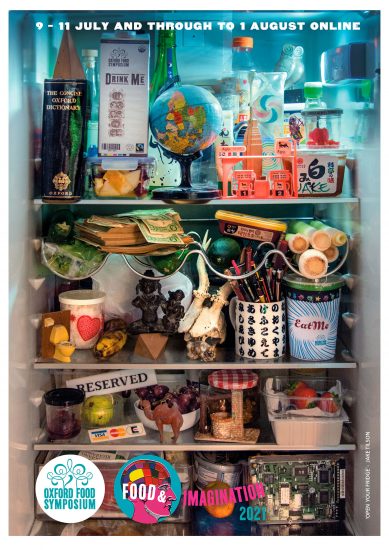 Food & Imagination: Sharing the Magical Worlds of three Remarkable Chefs from Different Corners of the World

Skye Gyngell: Fresh from the Farm

The guiding principle behind the imaginative cooking of our Friday evening chef, Skye Gyngell of Spring (London’s chic-est and greenest) is the closest possible collaboration with the farmers, producers and growers who supply the raw materials that dictate the day’s menus. Originally from Australia – early training was in Sydney followed by Paris – Skye is not only one of Britain’s most acclaimed chefs, she’s also one of the most influential, a pioneer of the fork-to-table style of cooking that mirrors the old tradition of walled-gardens of Victorian times. While the restaurant at Somerset House is elegant, beautiful and grand, it was the down-to-earth simplicity of the cafe at Petersham Nurseries in Richmond that established her reputation (and earned her a Michelin star) for distinctively seasonal dishes inspired by what was growing and blossoming all around.

Skye says:  “When I think of creating a meal, I always find myself starting from the same place. I cast my mind back to memories, very often of my childhood, to a happy time, when life seemed safe and full of optimism. I like nostalgic flavours and classic combinations. Fresh, ripe, seasonal produce is at the core of our cooking. There is a wonderful sense of anticipation, as well as a comforting familiarity in cooking with the seasons. The imagination we use when cooking is very definitely based on nostalgia.  A love of cooking cannot be separated from the desire to give pleasure – it’s an act of giving. A love of eating and a real appreciation of great produce, combined with a generosity of spirit and the desire to share with others, is at the core of beautiful food.”

Our Saturday midday chef has devised a Whole-Fish Three-Day Curry as an imaginary journey that reflects his own travels – an oceanic haiku that starts in Japan and ends up, via India, in the curry-houses of Britain and America.

Junya was born and raised in the Hyogo Prefecture on Japan’s main island, studied politics in Tokyo and worked (briefly) in the film industry, before leaving to study media and photography in the UK. Dreaming of a career as an artist, he moved to Paris to study Fine Art, where his life took a new direction when he embarked on a new and highly successful career as a chef. Returning to London in 2010, he founded Koya in Soho that rapidly became a cult destination.  In 2015, Junya left for Japan to re-discover the roots of Japanese cuisine by studying Zen Buddhism among a self-sufficient community in a temple in the mountains.

This knowledge he has now put to good use in Los Angeles, where he runs “Yess Aquatic”, a wildly-popular seafood truck that introduces Japanese skills and imagination to the local fishermen’s catch.

Junya says:  “This curry is inspired by a Japanese carp miso soup-recipe, Koi Koku. By simmering the whole fish with the head and bones  for a long time, the soup achieves a great depth of flavor and aroma. By learning the bone-softening effect of long slow cooking, I started to apply this method to other dishes, of which this whole-fish curry is one. I’m happy to think that this almost-lost slow-cooking tradition might be revived in the form of a curry, one of the world’s most popular dishes.”

Virgilio Martinez is a Peruvian chef with a world-wide reputation as a pioneer in the translation of landscape and people into the many-layered culinary creations served at Central, his restaurant in Lima. The recipes he provides for our Saturday dinner are designed to guide Symposiasts into creating their own version of these dishes. Inspiration for further culinary explorations derives from Mater Iniciativa (rough translation: ‘inciting incident’), the research centre he co-founded with his sister Malena, where Virgilio and his team explore the past as a way of interpreting the present and imagining the future.

In a video presentation to be shown at the Symposium, Virgilio demonstrates llipta, the integrating element in a foodstuff traditionally carried in the pockets of field-labourers and mountain travellers as a restorative on long journeys.  Part medicinal and part nourishment, this miraculous substance is traditionally prepared with an alkaloid present in ashes – llipta – mixed to a dough with milled grains and coca leaves.

Virgilio says: “Cultural practices must evolve and change, as does nature herself. Our shared future depends on it.”