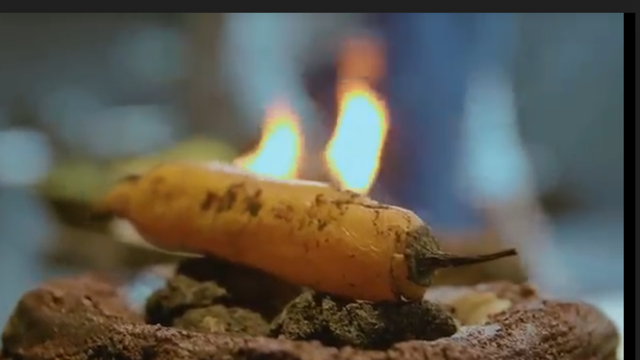 From the virtual OFS editing-suite with Elisabeth Luard and Gamze Ineceli: Volume 2

If you are like me and hadn’t heard of transition towns, go check out their website: here in Oz – more than 50 registered projects within 20kms of me – and I’ve never heard of them…

Not everyone can afford to make the “healthy/best” food-choice, not everyone is having these conversations, not even in this Conference…

While we seem to have a broad geographical spread here, do we have age/race/etc represented?
How do we broaden this in a realistic way?

First-timer question here, but how does diversity fit into all of these conversations? At least here in Brooklyn – given videos from all over the world – the Pandemic (shutdown of traffic, etc.) allowed the animal and plant world access to habitats in cities in a new and surprising way: from another angle of ‘imagination’, this seems like an invitation to restart in a different way….

From the Chatline on Birth of Mass Media (and all about Fairytales):

Food in fairy tales has power: it indicates abundance or even hope. In Oz, we celebrate the immediate history of our many immigrant contributions, a very recent but real history; the older food history of Australia (pre 1960) is a bit scary, with the exception of the occasional exploration of indigenous food.

The National Folklore Collection in Ireland is a rabbit hole for food and folklore and fairytales.

There’s a living museum in Nova Scotia with actors recreating life including what food was grown and eaten. In the UK, Britain’s obsession with historical programs can be seen in the “Lucy Worsley” effect – i.e history and fun.

In Greece, we had a very bad, incorrect historical food video series with everything attributed to Plato – even tomatoes.

In Denmark, We are obsessed with food programs – and those inspired by British or American programs – Gordon Ramsey, The British bake off etc.. over 100 food related programs during a week of tv! The Danes find it relaxing to watch food programs even though they might not cook that much themselves.

We have the same shows here in Brazil and I always wonder if we understand them in the same way other countries do.

Lena Richard, the first African American (woman) to have a food tv show in New Orleans, was championed by James Beard. “Within a week, Richard received almost 200 letters of inquiry and orders from people all over U.S. cities.” The use, and claiming of recipes as Black was seen as a prideful corrective, and/or caused consternation for some. Invariably there is tension between education and brand building.

The Times Picayune Creole cook book is a wonderful compilation of creole dishes by Marcelle Bienvenu who had a weekly column called “Cooking Creole”.  The YUCK factor remains in some US efforts — I have turned down several ‘offers’ to be the consultant on ‘food history’ programs that wanted to emphasize the bizarre. Jello with marshmallows and mayonnaise is the quintessence of such cuisine. When people ask about my research they always want to know about the weird and wonderful (and jellied) things the Victorians ate.

Isn’t this fascination with “yucky” food part of the “bad food” rubric Rares first introduced? And it’s all part of an attitude that somehow “we moderns” are more civilized—such a narrow and pompous attitude.  All this is helpful contextualising and meta-contextualising. A way of shedding light. History appears first in real life, next in books and finally in fairytales.

From the Chatline with Chef Virgilio Martinez in Peru:

Poetic, accurate and wonderfully captured in the many crisps Virgilio used in the recipes.

The Central menu has regional origins of dishes, altitudes for each dish above and below sea level, and staff brings out the raw product before or when a dish is served to see what it looked like in its pure state.

Such a celebration of place!
Let’s hope the ice becomes widespread. It’s all too easy to lose the idea of what the original is, feels and looks like.
Geography and dish on one plate.

What are the ethics that guide your relationships with the Indigenous communities that are the producers and keepers of many of the ingredients and so much of the knowledge you gather?

I wonder if Virgilio invites the local grower over for a tasting?

Pachamanca
(from Quechua pacha”earth”, manka “pot”)
is a traditional Peruvian dish baked with the aid of hot stones. The earthen oven is known as a huatia. It is generally made of, lamb, mutton, alpaca, llama, guanaco, vicuna, pork, beef, chicken, or guinea pig, marinated in herbs and spices.