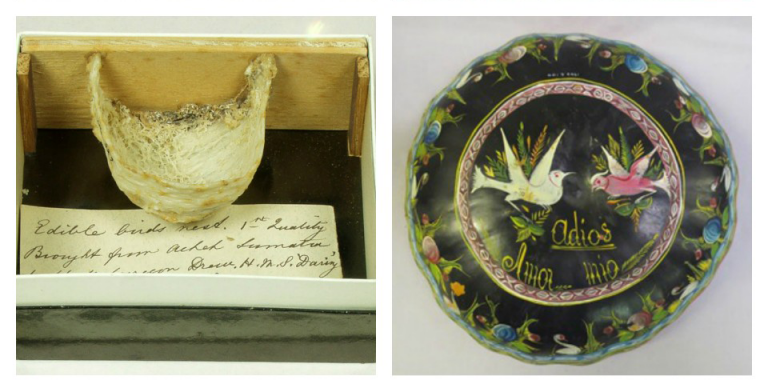 The Oxford Museum Project is intended as an on-going collaboration between the museums of Oxford, many of which are rich in food-and-cookery-related artefacts, and those among our Symposiasts who would like to take advantage of an opportunity to expand their understanding of the history and practice of growing, preparing and cooking the world’s daily dinner.

It’s entirely appropriate, therefore, that we begin what is intended to be an on-going event at The Pitt Rivers Museum, an anthropologist’s Aladdin’s cave right on our own doorstep, a 15-20 minute walk from our annual home-from-home, St. Catherine’s College.

The project will be introduced at the Pitt Rivers Museum* by project-curator Linda Roodenburg and the Museum’s director, Laura Van Broekhoven. They will have selected around 30 objects from the Pitt Rivers collection for consideration by the project’s collaborators, based on this year’s symposium theme, Food and Landscape.

Thoughts are invited thereafter in the form of personal stories, poetry, imagings, recipes and all other forms of communication such as apps, virtual exhibitions or, if the year’s topic suits the format, through a series of small, well-designed books, dependent on suitablility for the year’s subject. In 2019, for instance, when the Symposium’s theme is Food and Power, the collections and displays of Oxford’s museums can be taken as testimonies to the Ages of Englightment, Empire, Romanticism, Positivism and (a current hot topic) De-colonialisation.

The general intention is to foster co-operation between the University of Oxford Museum Collectionsand the Oxford Symposium on Food & Cookery. The hope is that this will inspire Symposiasts to present their work in a new context while providing Oxford’s museums with an opportunity to develop a relationship with an informed audience who may well be able to shed new light on their collections.

All those interested in participating in this pilot project, including an opportunity to direct its future development, are invited to meet either at 12.30 outside Reception at St. Catz for those who intend to walk, or at 1 o’clock at the reception desk at the Pitt Rivers (walk straight through to the back of the Museum of Natural History).

* The Pitt Rivers Museum – aka The Anthropology and World Archaeology Museum of the University of Oxford – was founded in 1884 and is visited by some 430,000 visitors every year. The Museum’s collections include over 600,000 ethnographic and archaeological objects, photographs, manuscripts, films and sound recordings from almost every country in the world and from all periods of humanity’s past. The galleries – densely-packed and multi-layered – are a unique resource with over 55,000 artefacts on display. The displays, organized typologically, deliver what could be described as ‘democracy of things’ – thus encouraging cross-cultural reflection and celebrating human creativity, global interconnectedness and cultural diversity.