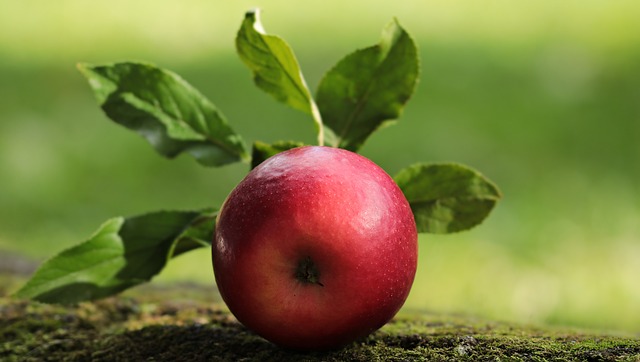 Beloved of Kings and Kindergartners

The deep history of humble apfelmus

In modern German cuisine, apfelmus is a ubiquitous staple usually served with potato pancakes or as a dessert in its own right. Supermarkets sell industrially produced versions cheaply in glass jars or carton packages, and organic makers often combine theirs with other fruit or spices to make it more interesting. It looks entirely like a product of the twentieth century, but this commonplace food has a long and noble tradition.

The oldest surviving German recipe collection, the late fourteenth-century buoch von guoter spise, already contains a recipe for apfelmuoß of apples cooked in wine and enriched with lard and egg whites1, and similar instructions occur in recipe books throughout the medieval and early modern period. More interestingly, they seem to have been in fashion abroad, too. In the fifteenth century, the anonymous author of the Vivendier manuscript described how to make amplummus, a custard-like dish of boiled and strained apples, cream and eggs2. The name is clearly derived from German. References to similar foods abound in French and English sources of the period, with names like applumoy, applumose, apple muse or applemoyse. All these recipes combine cooked apples with spices, sweeteners, and usually eggs and cream or almond milk to make what contemporaries clearly thought of as a German delicacy. The ingredients suggest it was soft and light in colour, much like modern store-bought apfelmus is. Children in Germany still eat it with cream, cinnamon and sugar, though they are rarely cooked together these days.

With these descriptions in mind, it may come as a surprise to read of opffelmüs being kept in the cellar along with wine, beer and sauerkraut in a late fifteenth century poem by Nuremberg Meistersinger Hans Folz3. The keeping qualities of modern apfelmus are owed entirely to canning, after all. A roughly contemporary recipe collection from Westphalia provides the answer, pointing us to two varieties of the dish – one suited for keeping, the other for immediate consumption:

[2.] A good moes of apples is made thus. Place the apples into an earthen pot unpeeled and let them bake in an oven. And those shall be goderlinghe or flackeeppele [these varieties can no longer be identified]. When they are baked, pass them through a strainer. Then pass them through a good clean cloth. Then set them by the fire and let them boil. Add honey and ground rice sifted through a spice sieve. Also add saffron, ginger, cloves and pepper. And this moes you may keep long.

[3.] If you wish to make a good moes of apples that one shall eat soon, take good gaderlinghe or flakeeppele [see above] and cut each apple into four parts. Cut out the core. And put them into a pot and let them boil. With this you may take wine or mead, and let them boil with it. Then pass them through a strainer. Afterwards, pass them through a clean cloth, set them by the fire and let them boil. Add eggs or almond, as the time of the year or day is [i.e. whether it is a fast day or not] and add honey. And let it boil its measure. Season it with saffron, ginger, cloves and pepper. And serve it cold. This way it is a good moes. In the same manner, you may make a similar moes of pears. Thus, one also makes moes of figs.

The second recipe is very similar to the dish described a century earlier, and closely related to the fashionable recipes we find in England and France. The first, on the other hand, describes a preparation valued for its keeping qualities. Depending on how long it is cooked, it can even take on a gummy consistency similar to dulce de membrillo or the apfelkraut of modern Germany cooked from juice. Preserves of this kind were not uncommon in the kitchens of Germany’s upper class. Meistersinger Hans Sachs published a poem very similar to Folz’s about a generation later. In his more lavishly equipped household, the pantry holds latwergen, a sweetened and spiced fruit preserve4. Contemporary recipes sometimes refer to these as ingredients in more elaborate preparations, and making them from apples goes back to the very beginning of written recipes in Germany: The buoch von guoter spise itself mentions dobriz used in filling for cakes1. This dobriz or doberis is described in a recipe from the fifteenth-century Mondseer Kochbuch6:

Doberis condiment. A condiment. Harvest sour apples after St. Martin’s day. Peel them and slice them thinly. Put them in honey drink (hönig dranck, probably mead or honey water), let them boil until it turns brown and black. You may keep this for one year. This condiment is called doberis. You may also bake fritters with it.

Turning brown or black does not mean burning; the colour changes as water boils away. Doberis was likely a very thick and dry confection – at least the recipe following this describes it being dissolved with boiling water to make a filling for a fritter.

Unlike modern-day apfelmus, these preparations were never commonplace. Spices and sweeteners made them expensive. Marx Rumpolt’s 1581 New Kochbuch describes the way poor people preserved apples by drying and cooked them in water to make a thick soup7, a habit that has died out almost completely. Fruit soups are still eaten especially in areas near the Danish border, but they are made with fresh fruit today. The 1785 additions to Markus Looft’s Niedersächsisches Kochbuch include recipes fruit soups made from dried blueberries and rosehips, but only mention fresh apples cooked lavishly with wine, sugar, lemons and cinnamon. Prepared with such care and expense, it is easier to imagine that the humble apfelmus we slather on our potato pancakes was once the pride of German cuisine and a dish fit for noblemen’s tables.