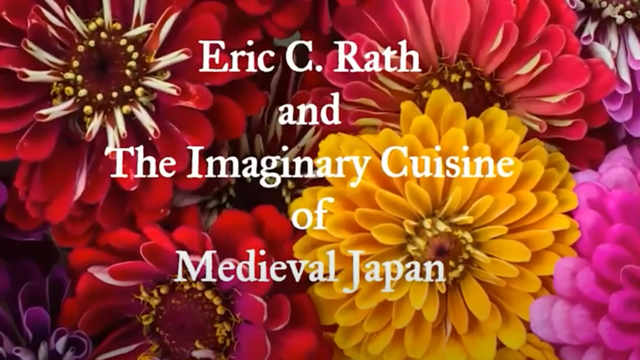 From the virtual OFS editing-suite with Elisabeth Luard and Gamze Ineceli: Final Volume

Defining “cuisine”:  How could anyone say of any prosperous culture that it had “no cuisine”? You can certainly say that we know nothing about a cuisine, but surely not that it doesn’t exist. Everybody who has any kind of choice about what they eat and how they cook it has a cuisine! Food plus other symbolic meanings equals cuisine.  Perhaps what turns food into a cuisine is the conscious sharing and ritualization of those meanings. Maybe “nationalism” is required.

Hidden meanings:  Sidney Mintz refers to ‘inside’ and ‘outside’ meanings. A series of mental processes that cannot condensed in a simple statement brings to mind Geertz and his reflection on the human suspended from a complicated web that he himself has spun. Instead of trying to understand otherness, we try to relate what we see with what we can relate to.

In Bali, people prepare offerings for the temple and take them home to eat.  In the Hindu tradition, prasad or prasadam is offered to the gods at home or in the temple, and later consumed.   Maybe the rice cake is a universal tradition, share some dumplings with the “saints” of the candomblé, plus all the other food offerings.  Sticky rice is pounded by hill people in Southeast Asia to make sticky rice cakes for New Year.  “Pounding the rice cake” also has a sexual connotation.  Cutting the cakes is bad luck, but smashing or breaking them is OK.

Deities seem to have a real taste for sake.  Same as Father Christmas in my house as a child – there was no alcohol left in the morning.  We left milk for Santa and there was always some left; same for us in Australia (mind you, my mother was Methodist), but next door left whisky.

If there’s a religious aspect to a ritual: if it’s connected to a wide spread tradition (as with wool-carding songs) and not just “court” food, it’s easy to carry from generation to generation.  It’s also a visual as well as aural tradition: the visual significance of a New Year mochi is recognisable to the Japanese: they have such a specific shape that Japanese readers will know the time of year from just seeing one on a comic page.

I believe it is a prejudice of modern and literate cultures to regard oral, i.e. traditional, cuisines as more fragile, less stable… They are often in many respects tremendously stable.

Chopstick etiquette applies in Japan as it does in China. Poking chopsticks in your rice looks like incense sticks, which are used at graves.  My mother-in-law yells at us if we do that.

Respect for nature: There is an inherently more respectful relationship with nature in Japan, and indeed (at least until recently) in Asia in general than in the West, where we have tended to use nature both as a place to plunder and a dumping-ground. For instance, waste treatment was always better managed in Asia. During the Tokugawa period (1600-1868) in Japan, urban water collection systems and sanitation techniques far exceeded anything comparable in Europe at the time.

Part of the garden(ing) aesthetic in Japan seems to be that it’s not exactly cultivating wildness but going with the instincts of the plant. So, if a tree leans with the prevailing wind or grows most of its branches on one side the gardener will enhance and support that natural inclination of the tree – whereas here we would tend to prune or stake or mould the tree into our pre-determined desired shape to fit what we want/have designed for the garden.

There is a wonderful old apple tree at a neighbour’s house in my sisters village. I fear they will just cut it down.  There a lots of mulberries around London and elsewhere that have been cared for in that way and they are amazing. Old apple trees can still be productive. Also good for biodiversity. The original Bramley tree in Southwell is partly horizontal!

The Japanese aesthetic:  I love Kintsugi, repairing old plates and bowls with gold.  Ultimately having something that is more beautiful and more meaningful than it was.  Appreciating imperfection and appreciating the obvious repair to broken pottery adds value to the piece.  A gem dealer I met in Tokyo likes Japan best as the buyers there are not looking for the perfect but are looking for something interesting, a flaw, a variation, that gives the stone character and interest.  In Pacific Northwest aboriginal cultures, the copper, an item of highest value, had higher value when it was broken and rebuilt.  In Oxford in the Pitt Rivers Museum there are wonderful examples side by side.

The power of numbers: Three, five, seven dishes – always an uneven number – why?  I’ve read that even numbers are not considered naturally occurring in Japanese culture so uneven numbers are more reflective of nature.  Perhaps similar to Chinese tradition, the different numbers signify luck and other good things, and there are numbers you can’t have on the table. My mother-in-law will make an extra dish to avoid having a certain number of dishes.  In Britain if you find you are 13 at table, bring another chair and a toy animal to sit in it. The number four is extremely unlucky in Japan: e.g. there never is a fourth floor.  Japanese kanji was derived from Chinese writing originally and 4 sounds like ‘death’ in Chinese so the number is not used if avoidable.  You usually buy plates or bowls in fives in Japan.

Symbolic Foods: Eric mentions “inedible foods” as symbolic dishes at banquets. Did they also use fake foods such as clay funerary offerings from ancient Rome or the waxed fruit on my grandmother’s table.  The “Couque de Dinant” biscuit from south Belgium is beautiful but not really edible. Similarly in medieval Europe, the habit of re-dressing roast peacock, and early modern pies with wings & heads sticking out.  Alexis Soyer has a wonderful recipe in The Gastronomic Regenerator for a roast peacock with a silver peacock tail.   At Tudor banquets, people would eat from sugar plates and drink out of sugar  goblets, and then eat the plates and goblets. Also sugar sculptures and imagined creatures that were used again and again.   During the 19th century ”tittägg” ei ”looking eggs” were popular in Sweden – I still have one that belonged to my grandmother.