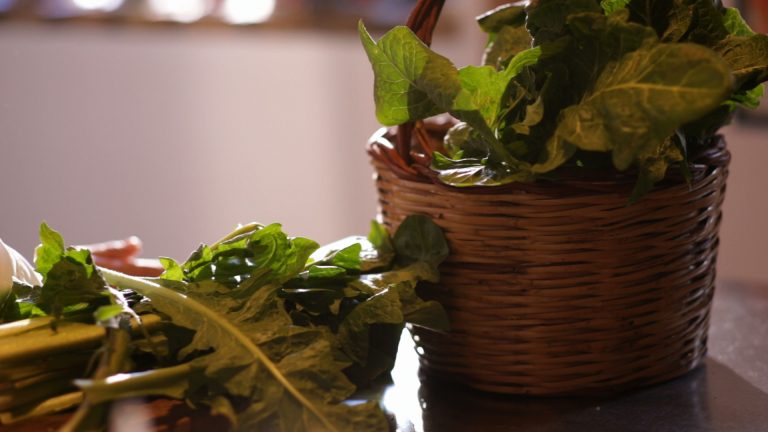 The Story of Amaro: Foraging for Bitter Greens in Sicily

Fabrizia Lanza, owner and director of Anna Tasca Lanza, the world-renowned cooking school and centre of culinary knowledge in rural Sicily, is contributing a video, Amaro, an examination of the role of bitterness in foraged greens, to be premiered at the V-Symp as part of our evening programme of events.

Here’s a little of what Fabrizia says of what is intended as a first step in a continuing exploration of the appreciation of bitterness in foods in Sicily:

Amaro is our first step in a year-long research project on wild-gathered foods in Italy. Not all such foodstuffs are bitter, though many do indeed share this characteristic. We will be drawing on many of the things we present in Amaro, while digging deeper into the role of wild food in rural Sicily’s food landscape and culture.

The project will include studying the social bonds around foraging and consumption of bitter greens, how the production, sharing and preparation of wild foods impacts the structures of everyday life and the distribution of roles and tasks among groups and families.

At the same time as examining the role of bitter foodstuffs in Sicilian cuisine, we will be taking into account changes in today’s perception of food preparation in the light of Slow Food and the re-evaluation of authenticity in the culinary traditions of the island and elsewhere.

Bitterness is the least appreciated of the four flavours – five if you count umami. The message is danger, approach with caution. Cardoon, feverfew, wormwood, dandelion, chicory, olives, chestnuts are just a handful of our food-plants in which bitterness is present.

Cultivation, it’s fair to say, has emasculated the robust flavours appreciated by our ancestors, favouring mildness and sweetness, teaching our taste-buds to reject bitterness. Sweet, salty and sour are unchallenging since one can be made to balance the other.

Not so with bitterness. Bitterness is an absolute. Nature’s warning that a leaf or plant or fruit is poisonous. Babies hate bitterness – just a touch on the tip of the tongue produces instant rejection. Young children wrinkle their noses and spit. And with reason. It’s not until we can decide for ourselves what we like and don’t like that we are able to choose.

As adults, instinct still warns of poison, but the intellect suggests enjoyment. Much as our tolerance for danger increases with every risk we take, the same is true of bitterness. We can teach ourselves to unlearn what instinct tells us, though some of us never do. And with reason. Bitterness in fruits and fungi – the wrong russula, an untrustworthy berry – is a warning you’ve made the wrong choice. Just a touch on the tip of the tongue and you’ll know.

Our ancestors discovered through trial and error that bitterness in otherwise edible roots – a few members of the bean family, cassava, certain roots and plant-foods that are dietary staples – could be leeched of their dangerous chemicals by soaking, burying, fermenting. In wild greens, bitterness is part of the attraction – once we learn to love it, we seek it out wherever we find it.

Bitterness, in short, is a pleasure worth cultivating. A shock to the taste-buds, challenge to the intellect, an iron fist in the velvet glove. It’s addictive. They’ve done the chemistry. You have been warned.