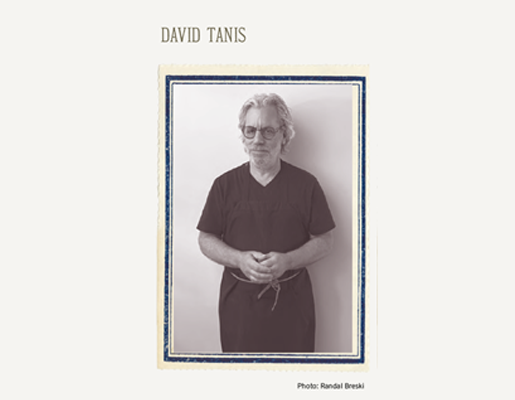 My first Oxford Symposium experience was in 2019. I had long wanted to attend, but the opportunity never arose until last year, when I was graciously invited by Darina Allen, the great force behind The Ballymaloe Cookery School in County Cork, Ireland.

Ballymaloe, I must say, is an incredible institution—there really is no cookery school like it. I had been spending a couple of months’ sabbatical as guest chef there, and when Darina proposed I accompany her to Oxford, I jumped at the chance.

Should you ever get the chance to travel with Darina, by the way, do so without hesitation, and not only for the lively, intelligent conversation and camaraderie. She will have packed an incredible picnic box, filled with all manner of edibles, from sweets to savories, so eating airplane food will be out of the question, as will starving on the bus ride from London to Oxford. And there will be smoked salmon and buttered brown bread, too.

Arriving at St Catz was like a dream. I kept bumping into old friends and meeting new ones, as we sipped wine on the lawn before dinner. There was one surprise after another. How did I not know that my dear friend Gamze Ineceli from Istanbul was one of the organizing trustees? I was thrilled to see her and a group of Turkish friends.

There was Aglaia Kremezi, my good friend from Greece, who organized a dinner with beautifully seasoned frugal ingredients—incredible braised lamb and potatoes, among other treats. The women of the Hubb Community Kitchen in London gave us a beautiful Middle Eastern vegetarian lunch. A glorious feast was prepared by the chef and staff of El Mural de los Poblanos, from Puebla, Mexico. And David Matchett of London’s Borough Market presented a lunch with an assortment of women-produced cheeses, breads and other sundry delights.

The dining hall was filled with the most enthusiastic group of drinkers and diners, and the room absolutely hummed with conviviality. And I haven’t even touched on the non-dining hours spent in engaging seminars and brilliant presentations, all dealing with various aspects of Food and Power, the 2019 theme.

As the weekend wound down, I found myself in conversation with another good friend, Jill Norman, the well-known British editor and cookbook author. We spoke about the Symposium’s theme for 2020, Herbs and Spices. Jill is an authority in that field, and I have long used her guides to herbs and spices for reference in my own work. Before long, we were proposing to collaborate in some fashion to produce a meal for the 2020 sessions! And somehow our proposal was approved, though the menu was far from realized.

A concept I have played with quite a bit is the notion of letting one spice or herb dominate in a dish, rather than a blend or mixture. Not that there’s anything wrong with spice blends—indeed the world’s greatest cuisines depend upon them. What would Indian meals be without masalas of every sort, for instance, or Chinese roast pork without 5-spice powder? Yet, sometimes concentrating on a single herb or spice can be pleasant; though it is hardly revolutionary, it’s interesting. Black pepper is a spice that appeals to me from this vantage point. Chew on a peppercorn and you’ll see it is much more than a one-dimensional flavor. It is a spice with great depth.

Long story short, I came up with a menu called One Good Spice that would feature a unique herb or spice in each course: coriander, dill, black pepper, cumin, cardamom, saffron and ginger would all be represented, but separately. I would write the recipes and Jill would supply commentary on all the elements.

Then suddenly it was 2020 and a deadly worldwide virus meant international travel would cease to be possible. The Oxford Food Symposium, however, would still take place—just not in Oxford. Technology would make it possible for us to convene virtually. But how would we dine together?

I left Manhattan and moved into a little house in upstate New York to get away from the crowds. There I wrote the recipes and made a video of their preparation. They’ll be part of the 2020 V-Symp, as it is now affectionately called. Though I’d love to cook this meal for you, I hope you will find the recipes useful and make them at home. With luck next year we’ll gather again at St Catz.